Your current zip code is

If this is wrong or your business is moving, please change your zip code to find bundles near you.

Find Out Your Real Salary With Our Commuter Calculator

Have you done the math to figure out how much you're getting paid, commute included? It’s more than just gas that gets wasted with a long commute, but don't worry. We did the research and we're here to tell you exactly how much you're losing when commuting to work. 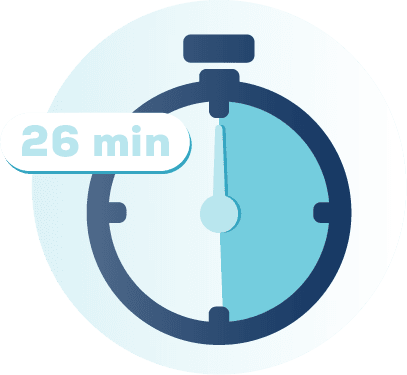 For Americans, the median commute time is 26.4 minutes. That's a total of 9 days, 12 hours, and 48 minutes spent in commute every year. 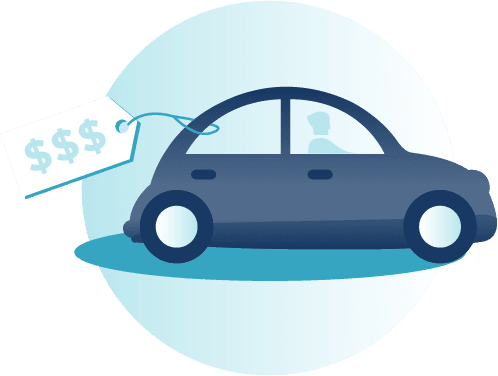 Time is money, so we built a tool to tell you how much your commute is costing you. By adding your commute time to your daily work hours and factoring in wear and tear on your vehicle, The Commuter Calculator is able to give you your actual hourly wage.

If you want to get an even more accurate picture of what driving your car costs, consider the national standard, set by the IRS, for reimbursing work trips. The flat rate for business travel has been set at 58 cents per mile, which takes into account things like the wear and tear on your car, maintenance, insurance and the cost of gas. Where cars are being used for medical or moving purposes the rate dips to 20 cents per mile and falls even lower in the case of charitable organizations, which are only required to pay 14 cents per mile. With that standard, we can determine that a commute of 15 miles is costing the commuter $8.70 in wear and tear each way, every day.

(after including commute time and vehicle wear and tear)

In addition to creating the calculator, we also did a nationwide survey evaluating how transit time affects the salaries of commuters across the nation. We took the mean travel time and the median income by household then divided the salary by the time spent in commute to find the real hourly wage of commuters in cities and towns across the country.

What We Found Out

In the area with the longest average commute (New York-Newark-Jersey City), commuters are spending an average of 13 days, 2 hours, and 26 minutes driving to and from work. That means that 14 vacation days a year are barely covering the time it takes to get to work every day. So in addition to dropping the average wage from $34.71 per hour to $30.15 per hour, in order to get 14 days of hanging with their family on a beach, New York commuters must be willing to spend nearly as much time sitting in a car.

If you're living and working in Vernon, Texas, then commute is not a huge issue for you. As the area with the shortest average commute, workers in this part of Texas are still sacrificing an average of 4 days, 3 hours, and 40 minutes in commute per year.

The lowest median income was found in Rio Grande City, Texas where commuters take home a $27,133 salary with an average commute time of 23.1 minutes. Meanwhile, the highest median income is the last place you'd expect: Los Alamos, New Mexico. The average commute time in this area is 15.7 minutes and the median income? $110,190.00. How is that possible? It so happens that the Los Alamos National Laboratory is responsible for a large portion of employment in this area.

Cut the Commute, Extend Your Paycheck

Commuting is an actual bummer. No one wants to waste their life in traffic and even fewer want to know that it's cutting into their profits. But the good news is that the work landscape is changing. With advancing communications options, it's becoming more feasible and convenient to work remotely.

Nowadays, the only hurdle to working from home is making sure that you have an internet service that can handle your work. That's where Frontier business services can help. With FiberOptic options and the right number of Mbps at the right price, Frontier makes ditching your commute for the comfort of home a no-brainer.

This site is a US Consumer site. You can learn more about our site and privacy policy.